Posted at 02:23h in Blog by Suman Biswas 0 Comments 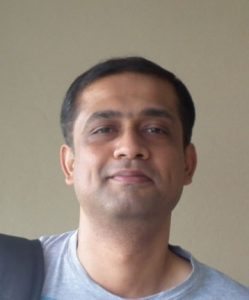 The Ennovent Circle is an exclusive community of impact investors, specialist service providers and mentors that collaborates to accelerate innovations for low-income markets. In this monthly series we highlight one of our Circle members and ask them five questions about their work in low-income markets and their insights about the sector.   For our latest post in this series we spoke to serial entrepreneur and angel investor Sumantra Roy.  He is the Co-Founder & CEO of Learning Yogi, which is developing a game-based learning platform to help underprivileged children teach themselves. Another of Sumantra’s ventures, formed in association with Dr. Sugata Mitra (the founder of the Hole in the Wall project), is developing a chain of financially sustainable learning centres based on the Hole in the Wall model.   In part 1 of this interview, Sumantra Roy speaks about his introduction to the social impact space, his investment philosophy and his views on the renewable energy sector in India.

You are a successful entrepreneur yourself. What led you to invest in enterprises working with lower-income groups in India? How were you introduced to the social impact space?

I got introduced to this space rather recently when I was in the process of starting my own social enterprise called Learning Yogi. We are planning to distribute low-cost tablets containing our game-based learning platform in low-income urban and rural communities. That’s when I discovered that there were a large number of other social enterprises that were looking for angel and private equity funding. Investing in them was my way of giving something back to society over and above what I was doing with Learning Yogi.

Do you believe that social entrepreneurships can generate revenue whilst creating long-term social impact? What is your Investment philosophy and returns expectation?

I see revenue generation and social impact as two sides of the same coin. You aren’t generally going to be around long enough to have long-term social impact unless your social enterprise is financially viable because grant funding – while helpful – can only take you so far. And if your social enterprise is financially viable, what it indicates is that there are enough people in the BOP communities that you are targeting who are voluntarily paying for your product or service because they see value in it, which generally means that you are creating social impact.

Apart from the usual things that most investors look for in an early-stage company before they invest in it (the quality of the management team, the potential size of the opportunity, possible sources of sustainable competitive advantage etc.), I also tend to like companies that meet a couple of additional criteria:

Along with Ennovent Circle members, OPES Impact Fund and Rianta Capital, you invested in clean energy access company Boond. Tell us more about why you invested in Boond and where do you see the renewable energy sector in India heading in the next few years?

I invested in Boond because of 3 reasons:

I am not particularly familiar with any sector in the renewable energy space other than solar, so I am going to limit my comments to solar. I believe solar energy can be an excellent source of low-cost energy for BOP populations in the future because solar energy costs are going to decrease significantly in the future. So, from the standpoint of social impact, I see a lot of potential in it. However, from an investor’s point of view, the key is to figure out which segments of the solar industry value chain are likely to get commoditized and which aren’t, and to invest in the latter.

Consider joining the Ennovent Circle to collaborate with members such as Sumantra Roy and successfully place capital in high impact social ventures.